Why I am Not Anti-Muslim

I know, I have been sharing a lot lately. Why no original posts? Well, partly because my brain is oatmeal and all creative energies are needed elsewhere.

Also because bloggers I read keep posting fantastic stuff that I can’t help but want to post. So… Brenton, thank you for this one.

It seems, to me, to be completely inconsistent with Christianity to turn our backs on people because we fear that they might hurt us, or hate us, or kill us. I reject that fear in the name of the One who gave Himself up to a species (that’s us, folks,) that unjustly tortured and murdered Him in order to save and redeem them/us.

God, Lord Jesus, forgive us, for we know not what we do. 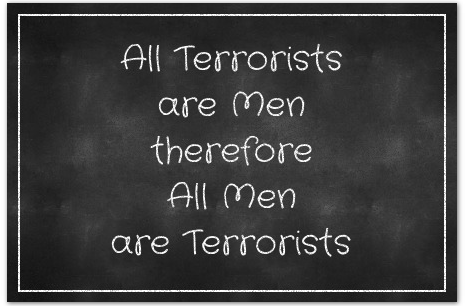 Source: Why I am Not Anti-Muslim

I was recently diagnosed with breast cancer. This came as a shock because it is pretty rare among people my age. So far the prognosis is good. My life is no more at risk than on an average day.

I wanted to tell you all for several reasons. First, I believe in prayer and am not shy in asking those who share my faith to pray for me and my family. For my friends who do not pray, know that I treasure your good thoughts and love.  Second, I may feel like venting or musing on this blog and it might be good for you to have a head’s up. And third, if I am lax on posting, I have a very good excuse. ;)

That’s all for now, I think. Bless you all, and thank you.

Ay, madam, it is common.

I am not alone in this.

I have heard other writers express the same feelings time and again. Many writers battle these extremes.

Sometimes we feel our work is good, even great. Then we are either overcome with fear that it is trash, or we “know” it is trash.

I am at the low ebb of this, and have been for a few weeks. It is disheartening even though I know, in my mind, that it is a cycle. My heart knows nothing of the kind. I am never satisfied with my work, but this is something darker than dissatisfaction.

My muse is active enough. The little monster is happily chewing away at my surroundings and then latching onto me with its sharp little teeth until I write out the results of its feasting. I can only hope those results aren’t shit.

But how does one know? There are great writers, both from the past and the present. There is also a lot of mediocrity, and this has increased as the dissemination of information has proliferated. Yikes, that was verbose. I had a point in there somewhere… oh, yes. Some of those mediocre writers, at least, must have believed that their work was great.

If they could not fairly evaluate their own work, how can I?

Oh mother, I owe you so much for raising me on good literature, but it is a double-edged sword. I know greatness. I have stared at pages, retracing words again and again in wonder.  In order to even put pen to paper, or finger to keyboard, I had to tell myself that it was enough to write, that I did not have to compare myself to Wodehouse, Solzhenitsyn, Austen or Shakespeare.

That sufficed when I wrote only for myself and for those who were curious to look over my shoulder. The creation of something to be let loose on the world requires more, doesn’t it?  The last thing I want to do is unleash more mediocrity.

There is pride tangled up in this as well. I don’t want to be mediocre.

Then again, perhaps the greats were in doubt, as well. Does anyone really know, truthfully, whether their creations are worth reading? The helplessness is depressing. Do I have to spit out what I can and trust humanity to sort out the rest?

…Yes. Perhaps I do. The only other option is to bury it.

In reply to that option, I will quote Tycho, from Penny Arcade. He is talking about reactions to offensive materials, but the same principle applies, I think, to mediocrity:

The answer is always more art; the corollary to that is the answer is never less art.  If you start to think that less art is the answer, start over.  That’s not the side you want to be on.  The problem isn’t that people create or enjoy offensive work.  The problem is that so many people believe that culture is something other people create, the sole domain of some anonymized other, so they never put their hat in the ring.  That even with a computer in your pocket connected to an instantaneous global network, no-one can hear you.  When you believe that, really believe it, the devil dances in hell. 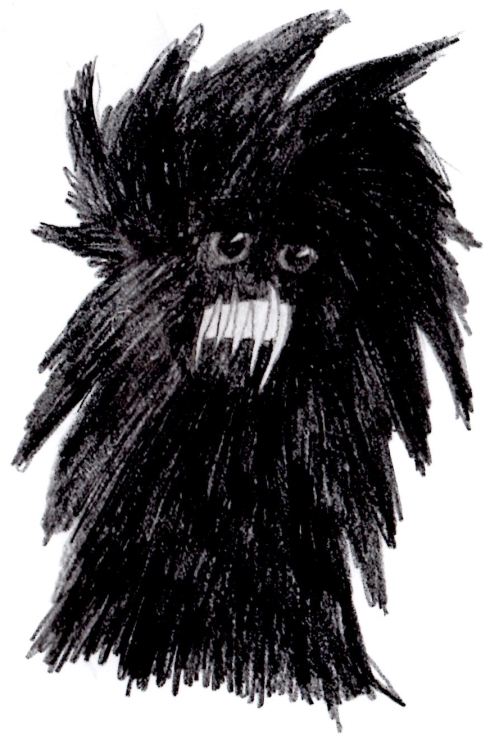 A visualization of my muse. Watch your fingers.

It is a neutral term.

I remember happy dreams from childhood, but since then even the dreams I enjoy are not really “good” dreams. I have had a few lucid dreams, always fun, but even they have deep shadows.

The dream I enjoyed most in the past decade involved a water-park and a hideous plague that turned its victims invisible as it killed them so that people were playing in water among corpses they couldn’t see.

You may wonder how I enjoyed such a dream. I didn’t enjoy all of it, obviously, but the overall experience was good due to some extenuating circumstances.

1. most of my nightmares, and some of my dreams, involve zombies. At least the invisible corpses didn’t get back up.

2. I am sure you have experienced dreams in which things that ought to have bothered you didn’t. I was once fine with being coated in spiders in a dream. I only freaked out when I woke up.

3. Instead of being a helpless victim, I had an objective Being active makes a big difference in fear.

4. In the dream I was a big, glowing dog who could run across water. I highly recommend being a quadruped in one’s dreams, especially a glowing one.

So I have dreams that I enjoy, and dreams that only perplex me, but none of them are truly positive.

Then, of course, there are the nightmares. I have already mentioned the zombie problem. That started before I really knew what zombies were. I was a child dreaming that I was in my back yard. My beloved dog looked at me, and she wasn’t behind her own eyes. Imagine a moment where you realize that your pet has died and been replaced by something malevolent that keeps her body moving.

From there, the zombie dreams have only gotten worse. The most distressing involved my brother and I trapped in a zombie-filled library. It ended with him becoming an undead and chasing me up an elevator shaft, but the worst part was my fear, throughout, that something would happen to him and then my utter horror when it did. Brotherbeast, if you are reading this, you had better not get bit on z-day.

Why all this morbid musing? Well, I am trying to process my completely un-morbid dream of last night.

For some reason I had three young rabbits in my care, each about the size of my fist. One was cotton-tail colored, another was spotted black and white and the third was albino. They were ludicrously cute.

They had not been handled much, or had been handled too roughly, for they were afraid of people. I was preparing food for them when someone (there were several non-identified persons in the room, as there often are in dreams) picked up the wee albino. The bunny escaped and proceeded to run around the room. Everyone tried to catch it, but I crouched down and waited patiently. I was aware, even in the dream, of being far more patient and much less panicky than I would normally be under such a circumstance. Several times the creature ran past me and I failed to catch it, but I waited. Then it came close enough and I got it.

I held it firmly but carefully to me, stroked it, and put it back in its box with the other two. Then I fed them. Somehow I was confident that I would be able to win their trust in time.

Then my cats woke me, wanting to be fed. It wasn’t until I woke up fully that I was struck by the unusual nature of this dream. There were no zombies, no plagues, no horrific injuries or deaths. Even the “threat” in the dream was mild. The bunnies didn’t bite me (I have been bitten by a hare before. I can’t recommend it). I might as well have been dreaming about unicorns and rainbows.

For the first time in at least two decades, I had a truly good dream.