March. Despite what the calendar says, Spring usually starts where I live earlier than the “first day of Spring.” My crocus and snowdrops have already shown their faces, and the daffodils are not far behind. Still, we are just getting over an ice storm that hit two weeks ago!

Ice storms, for any who are unfamiliar with them, are what happens when the temperature plummets while it is raining. It is absolutely gorgeous, and very dangerous. On the gorgeous side of things, everything, and I do mean everything, gets coated with a thick layer of perfectly clear ice. The pictures below may give you some idea, but they are nothing to the whole. Imagine the world is coated in glass and you will have some idea.

On the dangerous side of things, traction on packed and re-frozen snow is hard enough. On a solid sheet of ice, one needs cleats on one’s shoes, and the cars, here, simply aren’t equipped to deal with this kind of thing. We need tanks with spikes on the treads. I took a tumble and was lucky, I caught myself on my elbows. Painful, but it could have been worse.

Another problem is that ice is very heavy. Not all trees can handle it, nor all branches. Snow can weigh down a tree to breaking, but it can also fall off the tree a lot easier than a thick coat of ice. Power-lines come down. It’s all very exciting and worrying.

I might get tired of the danger if this sort of thing happens more often, but so far my primary reaction was “wow, this is gorgeous!” We may be in for another one this week (though hopefully not as long-lasting as this one, the last of the ice just melted last weekend), but still, Spring is hot on its heels and won’t be held back. There will be a few more frosts, no doubt, but there’s no stopping the momentum.

And that brings me to my scarcity. Spring planning, house-work, writing, and, unfortunately, tax season, are upon me. I have a long list of upcoming blog posts, and a desire to catch up on the blogs I read, but it must wait!

I have the follow up posts for Unlikely Treasure in the wings.

I still owe you all pictures of my newest masks.

And Stephen Winter has nominated me for a Dragon’s Loyalty Award for Excellence!  So, look for that forthcoming.

Until then, enjoy the pictures. Some look a little odd because I had trouble with my camera and had to do some adjustment after the fact. 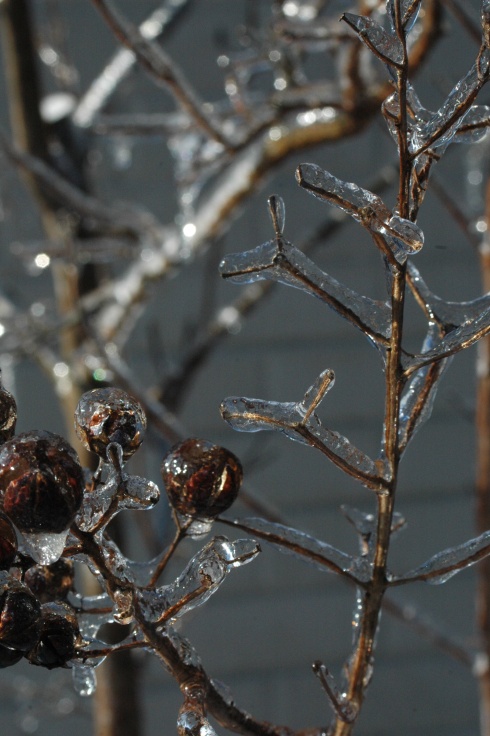 Closeup of a Crape Myrtle, Image by Jubilare 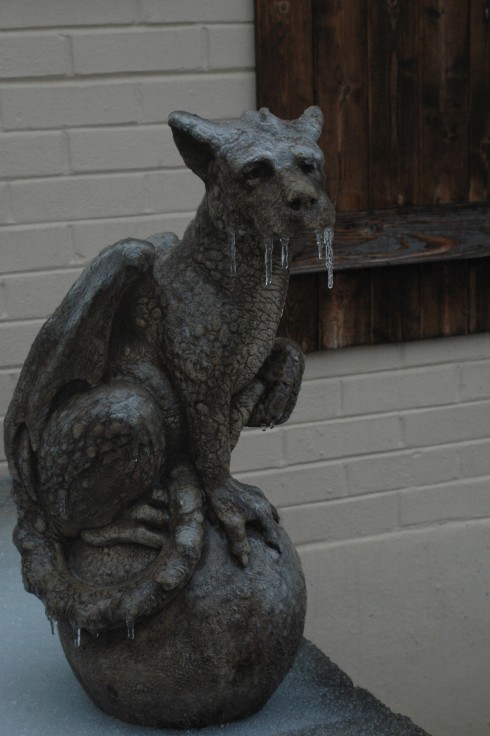 So cold my dog willingly wore a coat… Image by Jubilare

Broomsedge, too, Image by Jubilare 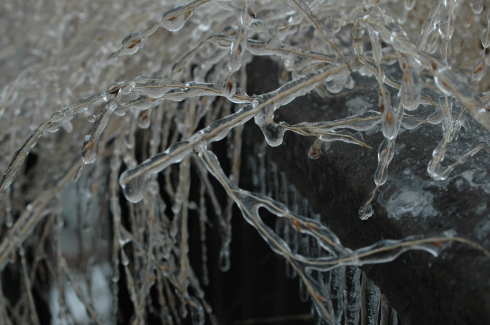 Cloud 9 Panicum turned into an icefountain, Image by Jubilare 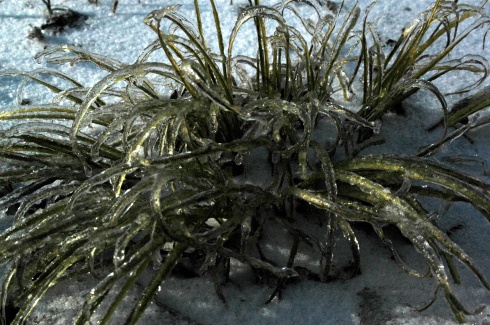 My Gray Owl Juniper looked like a frosted Christmas tree and pieces broke off when they were touched, Image by Jubilare 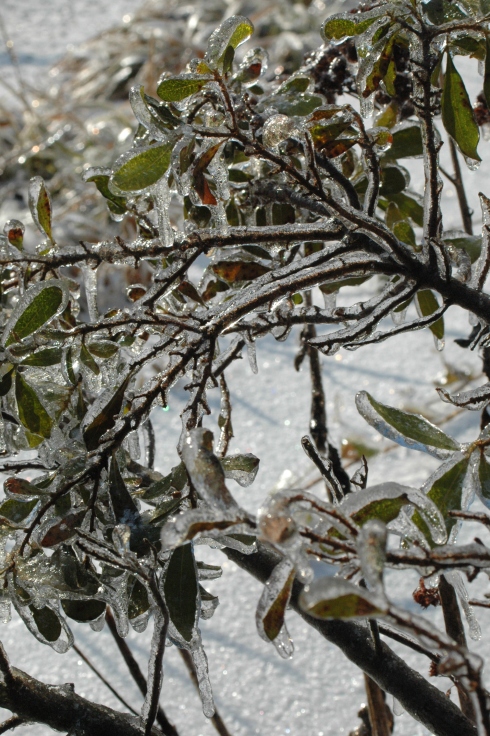 My poor Wax Myrtle was bowed to the ground, Image by Jubilare 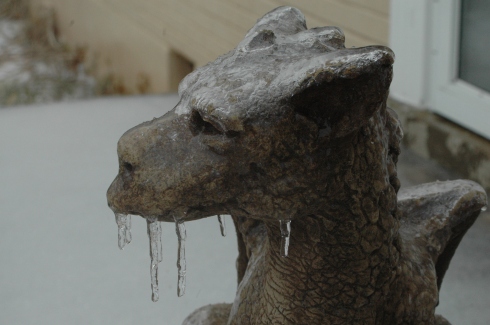 Junipers weighed down, Image by Jubilare

Prairie Coneflower casting shadows on the snow, Image by Jubilare