I Love Dwarves: a recap 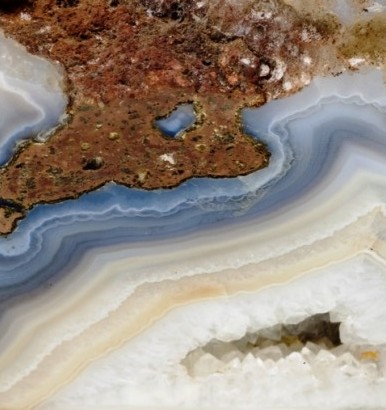 In anticipation of Peter Jackson’s second “Hobbit” film, I thought I would pull together some quotes from my series on the Khazâd for those who don’t want to suffer through reading the whole thing. High-Fantasy Dwarves have, and probably always will have, a bad rap that I do not think they deserve. The equation seems to go something like this:

What a great message for us. Instead of delving into the complexity  that Tolkien eventually created for his Dwarves, the film industry settles for the stereotype that everyone expects, believing that almost no one cares. The unspoken consensus seems to be that, regardless of who we are and what we contribute to the world,  it is our appearance that matters most.

What is it, in human nature, that makes us reluctant to be interested in someone who is, on the surface, unlovely? We preach against judging people by appearances, and yet we do it, often without realizing what we are doing.

Anyway, enough internal examination for one day. If you are curious about my full reasons for loving Tolkien’s Dwarves, scroll to the bottom and take on the full series. Otherwise, I hope you find these excepts interesting.

In some ways, the Khazâd are very like the caves in which they dwell. I find that both are often misunderstood and dismissed as unlovely… The Dwarves, like their underground homes, seem one thing from an outside perspective, but have quite a different character when one delves deeper. They remind me of geodes. On the surface they are hard, rough and unlovely. Within at least some of them (or more likely most of them) there is astounding beauty. If you do not believe me, take a closer look at Gimli in The Lord of the Rings (the books, not the films. Gimli’s character in the films just represents the stereotype most people expect from fantasy Dwarves).

Many readers of Tolkien’s scribblings see the hard surface of the Dwarves and look no deeper. They do not realize the world of imagination they are missing. They cast a geode aside, assuming that something so plain and rough could not possibly harbor anything extraordinary within. The other races of Arda often do the same.

Tolkien’s words suggest a people who, while rugged and shielded in other regards, are hyper-sensitive when it comes to the properties and beauties of the inanimate part of Arda.

From the outside, fascination with the material can look a lot like materialism. Now, some Dwarves from Tolkien’s writing are avaricious and materialistic. There is no denying that. After all, love of matter can become materialism if taken too far. But I believe there is a pure and healthy love of the physical that is not possessive, or hedonistic, or materialistic, and I believe that love is an underlying theme in the character of the Khazâd… It is a short step from loving creation, to wishing to create.

In my recent delving into Tolkien’s work, I kept a record of the objects and places shaped by the Dwarves. I have chosen a few to mention. Some you may know. Some might surprise you.

Angrist: the knife Beren used to cut a Silmaril from Morgoth’s crown

Narsil: Sword of the Númenórean kings, broken in cutting the One Ring from Sauron’s hand,  later to become Andúril

Menegroth:  a cooperative effort of Dwarves and Elves

“The pillars of Meneroth were hewn in the likeness of the beeches of Oromë, stock, bough and leaf, and they were lit with lanterns of gold. The nightingales sang there as in the gardens of Lórien; and there were fountains of silver, and basins of marble, and floors of many-coloured stones. Carven figures of beasts and birds there ran upon the walls, or climbed upon the pillars, or peered among the branches entwined with many flowers.” – Quenta Silmarilion, Chapter 10

“It was a carcanet of gold, and set therin were gems uncounted from Valinor; but it had a power within it so that it rested lightly on its wearer as a strand of flax, and whatsoever neck it clasped it sat always with grace and loveliness.”  – Quenta Silmarilion, Chapter 13

This is a people who hang “flowering stars” on silver necklaces, create “metal wrought like fishes’ mail,” carve stone halls like beech forests, and treasure natural beauty deeply. The pop-culture ideas of elf-craft are probably closer to Tolkien’s idea of Dwarven works than the chunky and rigid images we always see. Not that there isn’t a place for stereotypical Dwarf-architecture. I like that too.

In many “fantasy” books, films, and games, Dwarves are either comic relief; gruff, warlike side-characters; or else the “Big Guy” of the story.  Because the clichés have roots in Tolkien, some assume that Tolkien wrote according to these pop-culture images. His Khazâd are not pretty or dashing enough to garner much attention, and so their subtle complexity is overlooked. In contrast, his equally-complex Elves have gotten so much attention that many people are sick of them, which is also sad.

The Khazâd are secretive. They do not teach their language to others and their true names are never written or told to outsiders. That’s right, we only have nicknames for the Dwarves! It may not help their relationships outside their own people, but I find the secretive aspect of Dwarven society mysterious. I like a little mystery.

Far from the stereotypical “angry Dwarf shout of grief and rage!” that we get in the films, this is Gimli’s reaction on finding Balin’s tomb in Moria:

“Gimli cast his hood over his face.”

And when time came to escape:

“Gimli had to be dragged away by Legolas: in spite of the peril he lingered by Balin’s tomb with his head bowed.”

He breaks my heart, then gives it back to me whole and makes me smile:

“Dark is the water of Kheled-zâram… and cold are the springs of Kibil-nâla. My heart trembles at the thought that I may see them soon.” – The Fellowship of the Ring

Music and song are mentioned repeatedly in relation to the Khazâd. And this from a people in exile whose story, like that of Arda itself, is one of devastating loss and victories that come at great cost. But the Dwarves are resilient, using their outward toughness to protect the gems beneath. Gimli makes me cry and laugh, and his whole race makes me smile.